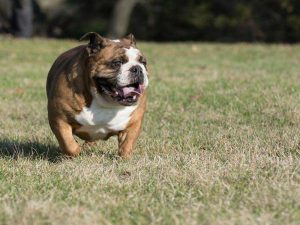 It’s only sensible to watch out for yourself when you’re roaming through rattlesnake county — but don’t forget to watch out for your pet’s sake as well. Pets are actually 20 times more likely to receive bites in a rattlesnake encounter than their human masters, and f your pet is bitten, he’s 25 times more likely to die from the snake’s powerful venom than you would be. But pets are naturally curious about strange creatures, so you need to protect your beloved companion through the rattlesnake training and rattlesnake vaccinations offered at Friendship Pet Hospital in Fountain Hills.

There are many different species of rattlesnakes in the U.S., each of which is capable of inflicting a deadly bite on an animal. Rattlesnakes cause up to 300,000 pet fatalities each year — but the average pet may feel only curiosity when encountering rattlesnakes in Scottsdale, and this curiosity can place him in close enough proximity for the rattler to strike. (It’s equally possible that your pet might step on a rattlesnake purely by accident.) The venom in a rattlesnake bite disrupts formal circulation, clotting, and blood vessel structure, causing serious blood loss, tremors, shock, seizures, breathing problems, and finally death. Once the bite has occurred, owners can only limit their pets’ motion (to reduce the effects of the venom) and rush them to our Fountain Hills veterinarian for immediate treatment.

Our Animal Hospital Can Help

Avoiding a rattlesnake is obviously the easiest way to avoid deadly consequences — and rattlesnake avoidance training at our animal hospital in Fountain can make this “ounce of prevention” approach much easier. Rattlesnake training for pets involves associating the characteristic sight and sound of the snake with negative experiences. To achieve this, we use a real (but safely defanged) rattlesnake. Your pet is brought into contact with this snake while safely leashed and wearing an e-collar capable to providing pressure. Whenever your pet tries to go near the snake, the e-collar exerts pressure as a form of negative reinforcement. After just 15 minutes of this training, your pet will naturally avoid approaching rattlesnakes in the wild.

Since even a trained pet may accidentally stumble onto a rattlesnake, our Fountain Hills veterinarian also offers rattlesnake vaccinations to animals who spend time out in areas frequented by Scottsdale rattlesnakes. The vaccine, Crotalus Atrox Toxoid, was originally developed specifically to protect against the bite of the Western Diamondback rattlesnake — but this snake’s venom is so similar to that of other rattlesnakes it protects against them as well. While even a vaccinated pet still needs immediate attention if bitten, the vaccination will reduce the amount of tissue damage and help your pet recuperate more quickly from the venom.

Schedule Rattlesnake Protection For Your Pet in Fountain Hills Today!

Our animal hospital in Fountain Hills can help you protect your pet against rattlesnakes. Call (480) 889-0881 to schedule this preventative care today! We look forward to meeting with you!